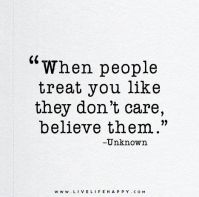 I’m a full believer in being impeccable with one’s word. If you’ve never read the Four Agreements by Don Miguel Ruiz, I highly suggest it. The philosophies are applicable across all elements of life and I honestly think if everyone adopted them and put them into action, we’d have a significant decrease in douchebagism in general…especially dating.

Before I address them, I want to give a shout out to a special lady (PZ, you know who you are) who has indicated to me she’s had a bit of turmoil in the love department.  Her situation, much like one I’ve been through in recent past, inspired me to dust off the book again and skim through as a refresher.  And boy am I glad I did because so many of you idiots out there need a lesson in how to treat people.  I still recommend you read the book, but I’m going to break it down into terminology that hopefully a 2 year old baby monkey would understand.  Here goes:

I’m fairly certain a 2-year-old baby monkey could grasp these concepts as I explained them…But remember, these truths are not just for dating.  They’re applicable (more so) to life in general.  I just thought I’d spin ’em up a bit as it relates to dating…So, go out there, be impeccable with your word and say what you mean; don’t take things personally because no one has the power to make you do or feel except you; don’t assume a dude/gal likes you just because s/he pays a lot of attention to you (that shit can turn on a dime); and just keep doing the best you can with what you’re given.  Even if your best one day is the bare minimum…it’s still your best for that day.

Peace, love, prosperity and all that shit.